Toronto's new virtual production studio seeks to remove barriers to artistic vision at a cost that smaller productions can afford.

Toronto's new virtual production studio seeks to remove barriers to artistic vision at a cost that smaller productions can afford.

“We want to use our extreme depth of knowledge about how this technology works to make it friendly and effective for a greater breadth of people,” says Tanya Stemberger, co-owner and head of Business Strategy. “Our services and product roadmap are rooted in accessibility and innovation. It’s our compass as a company.” The team’s commitment to cutting-edge technology and R&D was clear at a recent demonstration hosted in their 4500 sq. ft. studio, which comes equipped with a reconfigurable 800 sq. ft. LED volume and generous support space that can comfortably fit crews of 40 people. There, fellow co-owners Matthew Nayman and Mike Boers demonstrated the skillful ease with which they can use this complex technical artform.

Boers, the company’s leader, stood next to a simple metal pole, the only physical prop on the otherwise empty LED stage. When the camera in front of him moved in physical space, the background on the LED wall (being fed data by Epic’s Unreal Engine) moved with appropriate perspective, creating the illusion of Mike standing within a realistic, three-dimensional subway car.

The camera’s viewfinder offered no clue that this was a non-existent scenario.

Although larger studios use this technology on elaborate productions, Immersion Room is leveling the playing field for low-to-medium budget filmmakers who want to utilize the advantages of VP while making more out of their limited budgets. The filmmakers behind short film Tipping Uber Alice (2022) shot plates during magic hour in Toronto and spent three days in the studio taking the time to get the performance without worrying about the light changing.

“When your budget is low, time is a major constraint,” says Nayman, head of Studio Operations, noting that with a customizable and extensive background library, Immersion Room offers plenty of high-quality visual options. “Here, you can just get your shots, walk out with your footage and you’re done, saving time and money on both unit moves, and VFX work.”

Adds Boers: “Because it’s an LED wall, you immediately see the results with the key creative staff on set, who can evaluate it and make changes on the fly. We can move the sun to where we want. We can move a mountain range or just change the colour of a chair. It can be magic hour all day.”

“We’re trying to make what is currently the most cutting-edge, complex and out-of-reach filmmaking technology a bit more approachable to those who want it” Nayman says. “And while we want to democratize virtual production as much as possible, we also want to enable filmmakers with functional advancements to the technology, like HDR, multiplexing, and offspeed.”

“We’ve put in a lot of R&D while building the stage and designing the technology,” says Boers. “We’re rebuilding the technologies with a filmmaker-first approach, so it can do more of what filmmakers would expect, and better. We hope to help larger studios improve their LED volumes so they can get that capability too. All the research we’ve done can be transferred to upgrade existing stages.” 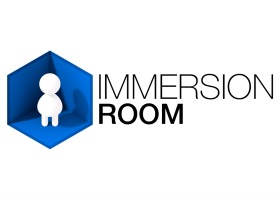