Durham Region: Our locations, your next film

Durham Region: Our locations, your next film

Spanning from Pickering to Newtonville, north to Beaverton, and spread over 2,535 sq km (980 sq mi), Durham Region is close enough to Toronto to tap into the success of ‘Hollywood North’ and play a key role in Ontario’s film and television industry.

The numbers don’t lie: as recently as 2019, Durham Region – a 45-minute drive from Toronto’s Pearson International Airport – hosted 88 projects worth an estimated $63 million in production value, accounting for 388 days of shooting on location.

“That’s an all-time high,” reports Eileen Kennedy, Film Liaison and Economic Development Officer for Durham Region. “In 2019, the estimated value of film production in Durham Region grew 19% year over year, and 220% since 2012. Companies are spending more time filming in Durham because they find what they need here.”

The region’s geography features a diverse array of lakes, woodland trails and quarries – all radically different depending on the season. It also blends old and new – from modern amenities like zoos and museums to estate properties, picturesque bridges, historical buildings, abandoned factories and rustic train stations.

Home to major motion pictures X-Men, Chicago, It and It: Chapter Two plus hit TV series Anne with an E, The Handmaid’s Tale, American Gods, Umbrella Academy, Coroner, Titans and the Emmy and Golden Globe-winning Schitt’s Creek, Durham Region offers reputable crews and the backing of over 600 support businesses, in addition to its close proximity to Toronto.

Want to film a Western? The privately owned eight-acre Wild West movie set of Docville – located in Newcastle – comes with its own period hotel, saloon, jail, bordello and authentic props. Interiors and exteriors can be dressed to your specification.

“We have plateaus where you can enjoy full 360-degree views and we border on three lakes,” Kennedy notes. “We have quaint downtowns – that’s what producers look for a lot here – small downtown locations that can replicate Western America.”

“We have modern buildings like the Robert McLaughlin Art Gallery and the Elizabethan-styled Trafalgar Castle that was built in 1859. We have the Ontario Regiment Museum, Canada’s largest military museum, frozen Lake Scugog and Chalk Lake for winter shoots and LaFarge’s Quarry, which was used to represent Africa in National Geographic Explorer’s The Secret History of Gold.”

The largest film backlot of its kind in Canada, owned by William F White International Inc. (WFW), is located in Durham Region. The lands have been transformed and used as the principal filming site for a major streaming service’s new television series. It is an outside area that can double for any small town in North America and is available for rent. You can learn more about the backlot HERE.

We’ll continue to see major investment next year in the region’s service production sector, with construction expected to begin on TriBro Studios Pickering after a delay due to the COVID-19 pandemic. TriBro will be Durham’s first state-of-the-art film studio, located just south of Highway 401 as part of the massive “DLive” casino, hotel, dining and entertainment complex near Lake Ontario.

In the meantime, Film Durham remains relentless in cutting through the red tape for smooth and stress-free permit approvals.

“We have a very quick turnaround,” says Kennedy. “Permits for Durham and most municipalities cost zero dollars.”

“We assist production companies to get permits, find locations and accommodations on time and on budget. We create a very positive experience for clients so that they’ll come back for repeat business.” 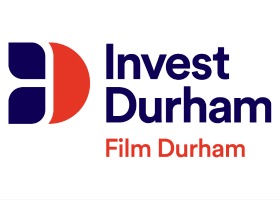