Canadian Locations Showcase: The 90-acre plot features a modern-day small town set that can be converted into any setting you need.

Canadian Locations Showcase: The 90-acre plot features a modern-day small town set that can be converted into any setting you need.

It’s been a part of filmmaking since the Golden Age of Hollywood, and now Toronto finally has  its own substantial Backlot thanks to William F. White International (WFW), a Sunbelt Rentals Company, and a major U.S. production.

An Amazon series leased the 90-acre property from the City of Pickering (east of downtown Toronto) and constructed a 23-acre town on it, including a diner, gas station, police station, town hall, town square and numerous other store fronts. After the series wrapped in August, WFW took over the lease, acquired the assets and has made the Backlot available to other producers.

“This fulfills a need Toronto has had for a long time,” says Rick Perotto, WFW’s VP of Business Development. “An industry this large and established deserves a backlot of considerable size.”

After the original production left, WFW invested in weatherproofing the structures to ensure their safe use through the winter and beyond. The buildings also include five interior sets wired and ready for production. In addition, cast and crew can enter the town square’s 30 customizable storefronts which feature a second storey where performers or lights can be positioned at windows.

Productions can add to existing sets and dress them as required, as well as construct additional buildings, transforming the Backlot from a small town into a bustling New York City street or an Old West setting.

Shooting at the Backlot can eliminate some logistical headaches that come with on-location work.

“If you shoot on an actual city block or in a town square, you need to lock up the area using police officers and PAs to hold pedestrians and cars, and to shut down roads, as well as security for all your equipment,” says Alex Godfrey, WFW’s VP, studios. “At the Backlot, you can control the environment and leave gear overnight with the security already provided.”

Perotto adds that productions compensate real stores for business lost on account of shooting. “Location work is disruptive. There is a cost savings associated that a controlled the Backlot offers,” he says.

The space opened up to new productions in October, when a major network series moved in for shooting. Various smaller productions have also been booked.

WFW sees the Backlot as ideally suited to series and features for Hollywood studios, streamers and networks as well as commercial prodcos. But it is also within reach for indie Canadian producers of varying sizes.

“You can rent the whole lot, but if you just want to shoot a few scenes outside a storefront such as the pharmacy, that could be accommodated on a pricing level,” Perotto explains. “But the whole lot would still be a great option for Canadian producers who might not be able to cover the cost of renting out the whole downtown of a real municipality.”

WFW has location equipment services on site and can bring in whatever else may be needed, including additional services and equipment provided by Sunbelt Rentals. VFX work can be accommodated with two large green screens. The location can be used in tandem with other WFW shooting spaces, including its virtual production volume Stage 6 located at Studio City, its Edwards Studio, Century Studio, Heritage Studio and Legacy Studio.

The Backlot endeavour is indicative of expansion plans of South Carolina-based Sunbelt Rentals, who purchased WFW in 2019. WFW currently has studios in Toronto, Calgary and Vancouver with plans to grow internationally. 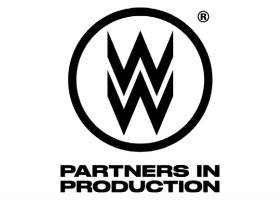