Canadian Locations Showcase: The virtual production studio brings technology often reserved for big budget films to projects of all sizes, with an LED stage scheduled to open next year.

Canadian Locations Showcase: The virtual production studio brings technology often reserved for big budget films to projects of all sizes, with an LED stage scheduled to open next year.

Versatile Media has figured out how to save filmmakers that most precious commodity – time.

With its brand new, state-of-the-art double-soundstage virtual reality production studio located on Vancouver’s Pandora Street, the company is also offering other benefits that may be music to the ears of directors and creative teams – efficiency and flexibility.

According to Steve Read, Executive VP and Head of Studio at Versatile, which covers everything from real-time animation to large-format LED production stage installation, both often go hand-in-hand. 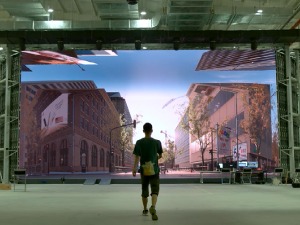 State of the art LED volumes just like this one will be built in Versatile Media’s Vancouver location – formal announcements coming early January.

“Virtual production is a more efficient and easier way of putting together content with smaller teams that can do more, for less, with better results and more creative control,” Read explains. “What you can do in an hour would probably take you three or four days in the old traditional way of doing things.”

Read says that the normal challenge for any project is about getting the story right and understanding how you want to visually craft your production. This can be a lengthy process that demands exploration and constant review with iterations of storyboarding and pre-vis that require large teams of artists.

But with Versatile’s technology, Read says that with only the core creative personnel – the director, the cinematographer, and the editor – you “can walk on a set, hold an iPad, which will essentially be a virtual camera, point it and get the shot you want. It’s more productive and it allows faster exploration because the results are in real-time.”

Real-time is the key:  by connecting motion tracking technology  such as virtual cameras and full-body, hands and face motion capture technology with real-time game engines, you can start the film-making process virtually but with real-world accuracy.

“Lensing and refining the cameras is exactly what Pre-vis and Tech-vis are all about,” says Read. “It’s creative exploration whilst also providing accurate data for the production crew getting ready for principal photography. At Versatile our stages are purpose-built to do exactly that.” 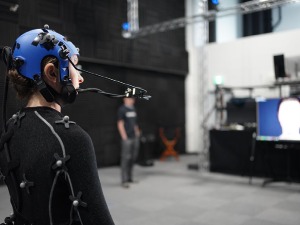 And with virtual production now exploding into the mainstream, such technology  (typically reserved for large budget film sets) is primed for projects of all sizes, ranging from commercial shoots to indie films.

Versatile’s virtual technology is also ideal for location scouting and can save hours of expensive on-site/location investigation and planning.

“Internally we use VR location scouting tech utilizing either real-world photogrammetry data or fictional, designed animation location sets,” Read explains. “We load up an environment inside the VR headset, and then you get to fly around – almost like Superman – to look at your location from any angle.”

You might decide, ‘Boom, let me pop a camera in here!’ So one person, be it a director, a location scout or a cinematographer, can position cameras and plan what they want in phase one of Versatile’s pipeline process,
Read says. “Walking around our soundstage,  you are inside the digital environment.”

For Versatile –  which also owns studios in Beijing and Hangzhou – the newly opened studio in Vancouver is the beginning of the company’s expansion plans. The company has developed LED technology that is in line with its patented LED panels and controllers, with stages that feature over 10,000 LED panels. Read says a fully functional LED volume is coming to their Vancouver location and should be ready for live-action projects by mid-2022.

Adding that their offerings also include invisible camera tracking technology and refined cinematography tools, Read says “we haven’t seen anyone else produce technology like this. It’s all highly integrated, so with one dial you’re controlling the camera in the physical space as well as the camera in the virtual space and we’ve synchronized the depth of field perfectly.”

“We develop our own IP, too,” he notes,  elaborating that the company has secured its own $100 million film fund at the beginning of 2021 and is currently developing a slate of productions both live-action and fully animated. 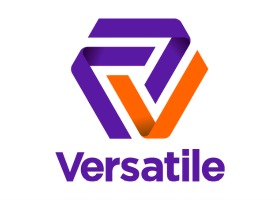