Canadian Locations Showcase: Northern Ontario is home to a diverse range of unique locations, landscapes, and four distinct seasons that suit all kinds of film and television productions.

Canadian Locations Showcase: Northern Ontario is home to a diverse range of unique locations, landscapes, and four distinct seasons that suit all kinds of film and television productions.

Northern Ontario has hosted a growing number of notable projects in recent years, with more anticipated in 2022 as producers look to take advantage of the region’s various backdrops, film-friendly communities and generous financial incentives. 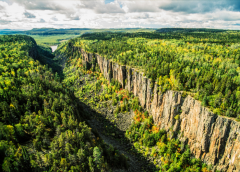 Greater Sudbury also boasts of vast natural environments as well as urban settings that showcase its heritage and modern architecture.

Recently, the producers of the Resident Evil: Welcome to Raccoon City movie reboot were able to dress up pockets of Sudbury to recreate their industrialized Racoon City setting. And in the streaming world, Crave’s hit comedy series Letterkenny was back in town to shoot a 10th season of small-town hijinks, as well as the highly anticipated spin-off series Shoresy.

About 90 minutes east of Sudbury, the City of North Bay has seen significant activity over the past few years with just over $46 million in regional spending in 2019. Hallmark is a repeat customer, having shot a number of Christmas features and the Western drama series When Hope Calls, which recently returned to North Bay to film season 2. The city also hosted features All My Puny Sorrows, Lakewood, and Delia’s Gone.

North Bay is the closest northern city to the GTA and offers ample lakes and parklands, classic downtown streetscapes and vast forest filming options which appear in CTV series Cardinal and Carter. The proximity to Nipissing First Nation has provided excellent training and partnership opportunities on Indigenous projects such as Unsettled and Trickster. 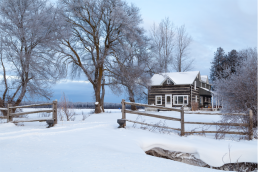 Further northwest, Thunder Bay offers an urban location with diverse architecture and a backdrop of mountains, forests, fields, and giant Lake Superior. Fort William Historical Park is ideal for period shooting with more than 40 reconstructed pioneer buildings and a working farm. Notable productions that shot in this area include Sleeping Giant and Angelique’s Isle.

After a decade of substantial growth in Northern Ontario’s film and television production industry, stakeholders and investors are eager to introduce major infrastructure, including the upcoming introduction of Freshwater Production Studios (FPS) – a purpose-built, 120,000-sq.-ft. film and TV production studio that will be constructed on a 24-acre lot in Greater Sudbury.

Initially, the facility will feature three clear span soundstages (two at 20,000 sq. ft. and one at 18,000 sq. ft.) with 35-foot ceilings. There will be 23,000 sq. ft. of production and soundstage offices in addition to wardrobe, mill, paint and other ancillary spaces. Visit freshwaterproductionstudios.com for more information.

CION, which offers consulting services, can help producers navigate government funding incentives, including the Ontario film and television tax credit (and its 10% bonus for shooting outside the GTA), and the film and TV stream of the Northern Ontario Heritage Fund Corporation. Learn more HERE. 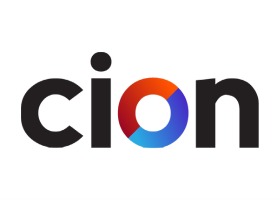