When it comes to attracting productions to the province and its plethora of diverse locations, Alberta is projecting a united front.

To that end, the province recently enhanced its financial incentives to draw big-budget productions.

“We’ve moved to a tax credit system, which is more compatible with what’s done in other jurisdictions,” Ham explains. “But more significantly, the per-project cap has been lifted, and that’s allowed us to compete for larger scale projects and certainly contributed to the types and the amount of projects we’ve been able to attract.” 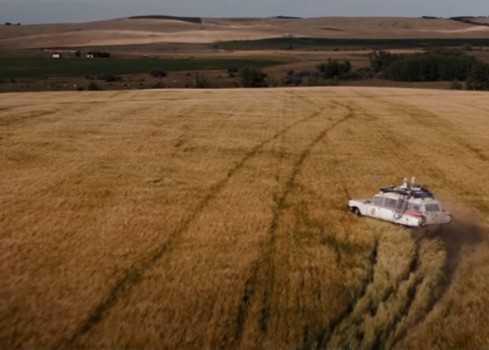 It’s not just about the credit: “We are a full-service provincial film commission that, along with a seamless relationship with our municipal partners, ensure your film making experience is supported.”

Ham adds that the province has had “the busiest 18 months on record” for filming movie and TV projects, thanks in part to the implementation of “incredibly high COVID-mitigation strategies to ensure there are no disruptions on active sets in the province of Alberta.”

Since 2019, a total of 50 productions have been completed in the province that has been home to such Academy Award-winning productions as Unforgiven, The Revenant, Brokeback Mountain and Legends of the Fall.

Alberta has also served as the scenic frontier for three Superman movies, Jumanji: The Next Level, and sci-fi blockbusters Inception, Interstellar and Ghostbusters: Afterlife - now in theatres. For TV, popular series Tribal, Heartland, Fraggle Rock, Jann and HBO’s upcoming The Last of Us have all been lensed in Alberta. 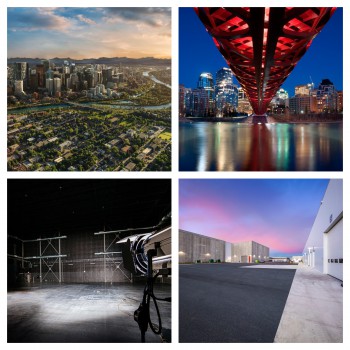 The Calgary Film Centre, which is conveniently located 20 minutes from the city, is a one-stop shop that can meet virtually all production needs. Courtesy of Calgary Economic Development.

“If you want to know what it’s like to shoot in Alberta, talk to someone who has made a film here. Your experience in Alberta is different than other jurisdictions – we have world-class tools, world-class crew and world-class results with a level of concierge service for projects, that you won’t find elsewhere.”

And like the rest of Canada, it has a favourable rate of exchange for the American dollar, but it is the only province without a sales tax.

“Studios are extremely astute in measuring the economic impact of how far their dollars will go in a jurisdiction… and how far they can stretch their movie-making dollars,” says Ham.

As for locations, Edmonton – where The Last of Us recently completed a major shoot – offers an international airport less than 30 minutes from the city centre. The city’s River Valley also boasts the largest continuous urban green space in North America.

Tom Viinikka says his team is ready and willing to help scout locations and guide productions through their available location rebate programs and simple permitting process.

“We serve as that landing spot for productions coming into Edmonton to help them know how to use Edmonton, where the resources are and to support them,” he explains. “These productions come partly because of word-of-mouth, and it’s my job making people feel comfortable and showing that this is a good place to be.”

Calgary, meanwhile, is home to a major international airport, as well as the Calgary Film Centre, which offers 50,000 sq. ft. of purpose-built studios and another 15,000 sq. ft. devoted to multi-purpose warehouse and workshop spaces, as well as access to anchor-tenant William F. White International on the lot.

“There’s been an absorption of over 450,000 sq. ft of space that has been retrofitted for long-term use for film and television in the Calgary area, which has enabled us, including the Film Centre, to claim over 500,000 sq. ft. of space and make it more accessible to film and TV,” says Luke Azevedo.

An online locations library the three organizations co-developed aims to further assist incoming productions with scouting. It covers territories  both natural and urban – from the Rockies and Badlands to West Edmonton Mall.

Add expert crews, state-of-the-art studios and post-production facilities to the mix – as well as Alberta’s 16-hour sunny days – and you won’t find a more film-friendly province in Canada. 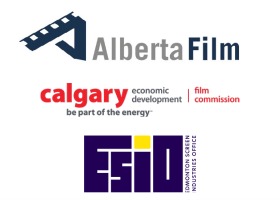