Twenty million dollars in production volume made 2019 marblemedia’s biggest year to date, and the upward trend has continued, regardless of the pandemic.

“We shared the fear the whole industry had in March of what COVID-19 was going to mean for our business, but we bounced back and are busier than we’ve ever been in our 19 years,” says Mark Bishop, who shares marblemedia CEO duties with Matt Hornburg.

The prodco is rolling on scripted single-camera family comedy series The Parker Andersons and Amelia Parker, created by Frank van Keeken (The Next Step) and led by showrunner Anthony Q. Farrell. The shows are linked: the first is an ensemble piece about a blended, bi-racial family whose brood includes Amelia (Millie Davis), who, saddened by her mother’s death, refuses to speak in the family setting.

But in Amelia Parker we hear her talk to her friends and in a video blog directed to her late mother. Both 10 x 22 series are commissioned by BYUtv, which reaches more than 50 million U.S. households through cable and satellite and more through its website and apps. Discussions with Canadian broadcasters are ongoing. 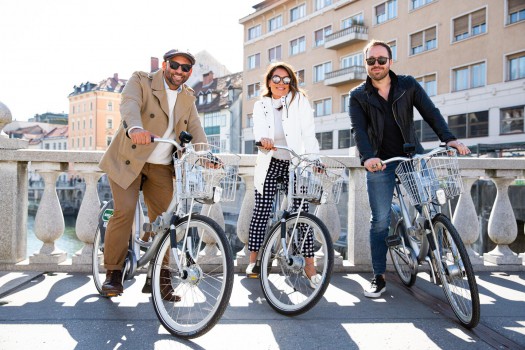 RESTAURANTS ON THE EDGE (Netflix) is a lifestyle series that invites viewers into restaurants located in some of the world’s most stunning locations.

marblemedia is excited about the creative possibilities of telling overlapping stories from two different perspectives, but from a business point of view, benefits include minimizing costs by sharing sets – and more.

“From a discoverability perspective it broadens our reach, creating the opportunity that a viewer will find Amelia Parker as their point of entry and then go watch The Parker Andersons,” Bishop says.

There is yet another scripted family series with multiple broadcasters on board that was delayed due to COVID but is now scheduled to go to camera in March.

This push into scripted realizes long-term plans and accounts for much of the $974,000 marblemedia spent on development last year. It brought on former Bell Media exec Carrie Paupst Shaughnessy in 2016 to help build out its slate, and recently expanded her remit to include executive producing duties. In September it appointed L.A.-based industry vet A.J. Trauth as VP kids to further grow its scripted division.

Intel from the company’s Distribution360 sales arm has influenced this direction. “As we hear what buyers are looking for – from kids to tween, teen, co-viewing and primetime – we see a great opportunity that will feed our distribution pipeline,” Bishop explains.

Dramas for later timeslots represent the natural next step. One show in development is inspired by a true crime story, but told from a human-interest point of view. All the company’s programs, Bishop says, adhere to authentic, optimistic storytelling that often champion the underdog and see good trump evil. 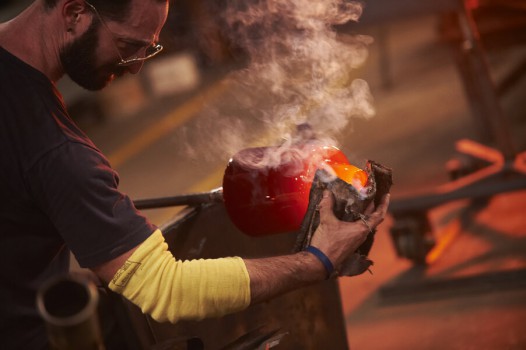 Blown Away (Netflix) was filmed in the largest glassblowing studio in North America, designed and built specifically for the scope and scale of the competition.

marblemedia built its business on unscripted kids shows such as This Is Daniel Cook, and its output in that space continues to grow, with greater emphasis now on co-viewing. It is underway on season three of kids competition series All-Round Champion, based on an International Emmy® Kids winning Norwegian format and involving broadcast partners BYUtv, TVO, and Knowledge Network.

In August, the prodco went to New Brunswick to shoot the 10 x 30min primetime unscripted series Race Against the Tide, in which comedian Shaun Majumder oversees a competition among world class sand sculptors. The new series is an original format created by marblemedia and will launch in 2021 on CBC, which also co-commissioned –along with Makeful—the recently aired Landscape Artist of the Year Canada, a four-parter hosted by Sook-Yin Lee in which professionals and amateurs face an artistic challenge.

Last year’s production slate also included  two Netflix Original series; a second season of Blown Away, the popular glass-blowing competition series for Makeful and Netflix, and Restaurants on the Edge, which premiered on Netflix and Cottage Life earlier this year, tracking a team of experts that gives a makeover to underperforming international eateries in exotic locales. The prodco wants to shoot a new season, but plans are on hold due to travel restrictions.

Nonetheless, marblemedia continues to thrive in challenging times. “We’ve got a strong team and we’ve pivoted,” Bishop says. “COVID-19 has changed how we do things, but we have remained committed to development and production and we’re seeing the success that comes with everybody being really focused.”