With cameras rolling again, Scythia Films founder and president Daniel Bekerman finds himself on the set of an unannounced service production in Winnipeg. While excited to be back in production, he acknowledges the hurdles.

“There are challenges with testing availability, which is the basis for any production moving forward,” says Toronto-based Bekerman. “Covid has had a big impact and it’s changing by the week and by the region. So there’s a whole new set of challenges on top of what was already a challenging industry, and we are doing our best to adapt.”

Scythia’s time is divided about equally between service and proprietary productions, although those foreign productions often carry higher budgets, which explains why the prodco handled $16 million in service volume in 2019 (including horrors The Craft: Legacy (Sony/Blumhouse) and The Invisible Man (Universal/Blumhouse) compared to $9 million on its own projects. 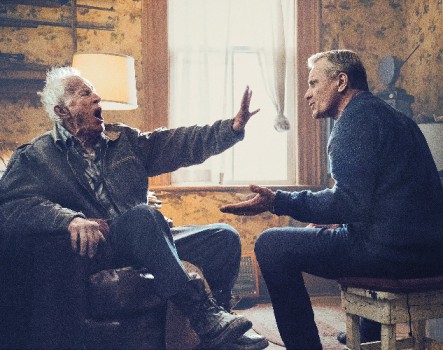 The pandemic has required adjustment in the distribution paths of Scythia’s features. The drama Falling, written and directed by Viggo Mortensen and in which Mortensen plays a gay man who takes in his homophobic father, was selected for the 73rd Edition of the Cannes Film Festival that but took place only digitally. However, it did screen at TIFF at a drive-in and for a scaled-back, socially distant audience at TIFF Bell Lightbox.

Bekerman remains optimistic about commercial prospects for the film, a UK/Canada Treaty Co-Pro between Scythia Films and Zephyr Films with Mortensen’s Perceval Pictures of Denmark also producing. “It’s getting a lot of press in Europe and some rave reviews. Our release strategy is being determined and it will have its day in the sun,” he says.

Percy, meanwhile, already has made it to Canadian theatres. The drama directed by Clark Johnson stars Christopher Walken as Percy Schmeiser, a Saskatchewan farmer who fought a large corporation claiming he was growing its patented GMO seeds. The film opened in October on 15 Canadian screens via Mongrel Media, but that number almost immediately took a hit when Ontario closed theatres in Toronto and Ottawa due to COVID-19.

The film has sparked considerable media coverage of the two-decade-old court case, with interest further amplified by Schmeiser’s passing during the first week of the movie’s run. Despite its release being hampered, the movie has successfully generated profile for its life in ancillary markets, a key goal of any theatrical campaign.

“We have to always aim high,” he says. “Having the possibility that a film will exceed expectations or become a breakout hit – nothing has replaced how theatrical can do that.”

Scythia’s best example is 2015 horror copro The Witch, directed by Robert Eggers and set in 1630s New England. The film sold to A24 and DirecTV at Sundance and went on to gross US$40 million worldwide, according to Box Office Mojo. 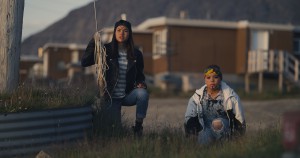 Bekerman expresses a keen interest in TV series, which have become increasingly cinematic. Projects are in the works with frequent development partners Alex Ordanis and Christopher Yurkovich of Toronto’s Stellar Citizens, which was also involved on Percy and forthcoming Arctic-set sci-fi adventure feature Slash/Back, directed by Nyla Innuksuk, about a group of teen Inuk girls that fight off an alien invasion.

“We’ve been developing a couple of series,” Bekerman elaborates. “There’s an unscripted series and a high-end limited series we’re very excited about. We’re working with some genuine artists in the creative process.”

While the future of exhibition is murky, the producer feels feature-length content will remain in demand, whether for theatre screens or ever-expanding digital platforms.

“The nature of stories worth telling doesn’t really change,” he says. “Although there’s more work involved assessing how theatrical relates to each project, that’s all the more reason to double down on the reasons we’re doing this in the first place.”