After a strong 2019, Vancouver’s Thunderbird Entertainment got off to a blazing start in the new year and has not been slowed by pandemic-related challenges.

The latter success is attributable to 20 programs in production and deals with outlets including Netflix, Peacock, Bell Media and CBC. In the third quarter Thunderbird delivered 43 half-hours and 21 one-hours from its three divisions: scripted, Great Pacific Television (factual) and Atomic Cartoons (kids and family). All the one-hours and more than half of the half-hours are proprietary productions.

Being more heavily weighted in animation and factual has proven beneficial in the COVID-19 era. 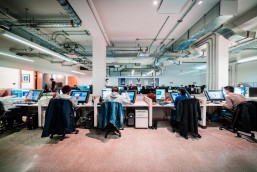 “Our Great Pacific and Atomic divisions have been able to work offsite,” says Jennifer Twiner McCarron, Thunderbird CEO and director. “And as all our partners need fresh content, they are looking to factual and animation to fill those gaps.”

She adds that Thunderbird hasn’t missed a beat in its factual output since “it’s a guerrilla style of shooting and gathering footage, which can be done while meeting provincial and federal health and safety protocols. The rest of the work happens with editors working remotely. ”

In July, Thunderbird announced production on Mud Mountain, an 8 x 60 minute episode series about B.C. logging brothers at loggerheads. It is a spinoff from the Highway Thru Hell franchise for Discovery Canada.

Meanwhile, Atomic has garnered significant accolades, with series Molly of Denali (coproduced with GBH Boston for PBS and CBC) winning best children/youth program at the Peabody Awards and TCA Awards. The series follows the Indigenous lead character as she explores her Alaskan surroundings and Native culture.

The prizes are particularly meaningful to Thunderbird as it looks to lead in diversity in front of and behind the camera. “Some of the indigenous writing interns from Molly’s first season have now been hired by our producing partners as full-fledged writers on season 2, which is another real point of distinction of this series,” Twiner McCarron notes.

Elsewhere, Thunderbird’s proprietary The Last Kids on Earth – which will have its third season premiere on Netflix in October – won the Emmy in the special class animation category.

Earlier this year the company launched an animation studio in Los Angeles to take advantage of local talent, and while it hasn’t announced which projects are underway in L.A., its Hollywood clientele includes Disney+, for which it produced 101 Dalmatian Street. 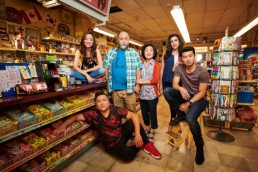 Its scripted offering Kim’s Convenience, the half-hour CBC comedy about a Korean-Canadian family that runs a corner store, is finally shooting its fifth season after being delayed by the lockdown. The series marks another landmark for diversity on Canadian screens.

When cameras weren’t rolling the prodco was actively developing properties, scripted and otherwise. It has more than 40 coming through the pipeline and ready to go once they get a greenlight.

Thunderbird is not currently focused on the pandemic, outside of its concern over its employees’ mental health, and Twiner McCarron says it’s trying to foster a culture of togetherness even when everyone must stay distanced or work remotely. And more diversity remains a priority.

“My focus is the increased attention on Black Lives Matter and the need for authentic voices,” she says. “As people working in pop culture it’s our duty to contribute and create more storytellers and authentic casting. It’s an exciting movement.”