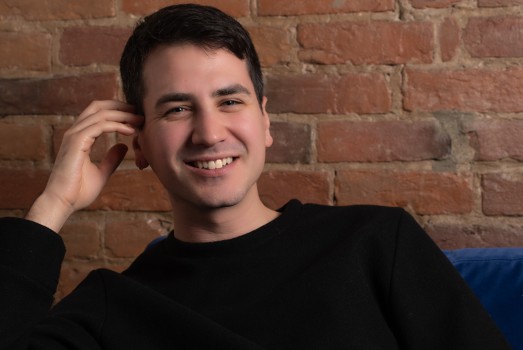 “I’m almost afraid to say it out loud, but the first time I stepped onto a film set – I was the co-executive producer of [Citytv original] The Murders,” says the 28-year-old.

Prior to that, Solomon had only worked behind the scenes at Montreal’s Muse Entertainment, joining the company fresh out of his bachelor of arts in evolutionary biology and linguistics at Columbia University in July 2014. Starting out as a marketing intern, he demonstrated a passion for all things TV as well as a willingness to take on any role (even manning the front desk).

Before long, he transitioned full-time to executive assistant, a role that taught him the ins and outs of development and distribution. With this strong skill set in place, he quickly ascended the ranks to director of development by December 2017 – a position that gave him a hand in MOWs like The Christmas Jars (Citytv) and Good Sam (Netflix).

Despite his lack of production experience, the prodco put its faith in Solomon, uprooting him from Montreal to Vancouver to oversee production on the hour-long procedural he had been shepherding for a little over a year.

Created by Damon Vignale, The Murders first landed on Solomon’s desk in 2017 as a serialized drama exploring issues of gender, race, class and sexuality. It was with his help that the show was retooled as a procedural, and soon thereafter commissioned by Rogers Media.

“In Misha’s case, he was really lucky in that as a development exec, he not only got to take the project through to a greenlight but also got to see it through right to production, which rarely happens,” Vignale says, adding that Solomon rose to the occasion on set, leading various production meetings, taking directors through prep and supporting the showrunner.

While the project has not been renewed as of press time, Muse SVP of development and distribution Jesse Prupas says the rapid development-to-production timeline makes The Murders somewhat of an anomaly.

“It’s [usually] a labour-intensive and long-term process, often fraught with failure,” Prupas says. “But, The Murders was atypical in the sense that we went from picking up the script in September to scoring a production order a few months after we had put together a deal.”

That, in no small part, was due to Solomon’s skill in navigating the development process. Prupas notes that Solomon’s perspective as a young gay man brought a fresh point of view to the company, leading to Muse developing several projects that were new for them. “When we speak about the importance of diversity, it’s not only writing talent or on-screen talent, it’s also at the executive level of companies that we should be speaking to,” he says. “I truly, truly think that Misha brought a diverse point of view to us as a company and to me as a producer.”

Prupas adds that Solomon’s skill set – particularly his encyclopaedic TV knowledge and his gift for working with talent – will allow him to go far as an executive.

Those were characteristics that Muse was sorry to lose when Solomon announced his departure earlier in the year. “It wouldn’t surprise me if years from now he’s going to be running some network or distribution group and we’re going to be pitching him,” says Prupas.

This past summer, after almost five years with Muse, Solomon moved on to arguably his biggest challenge yet – leading factual specialist WAM Media GRP’s first foray into scripted as its director of scripted development. The appointment will see Solomon building the prodco’s scripted slate from the ground up.

“There were so many things in our first meeting that really aligned with our values – as in treating people fairly [and] being kind. We just felt like, ‘Wow, this guy is a breath of fresh air, he’s super smart and we want to work with him,’” says WAM exec producer and partner Petro Duszara. He hopes Solomon’s newly-created role will help the Montreal-based prodco strengthen the relationships it’s built via hybrid series like The Detectives (CBC) and Real Detective (Netflix/ ID), while finding new talent in the space and building a slate of balanced projects.

Most importantly, Solomon says he hopes to do a bit of good. “Not every TV show is going to be revolutionary, but I would want every TV series that I’m involved with to at least do a modicum of good – exploring something that is in need of exploration, putting people on screen that might not necessarily have been seen in lead roles, being true to Canada’s diversity,” he says. 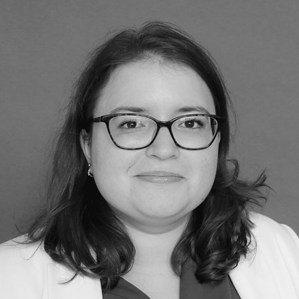