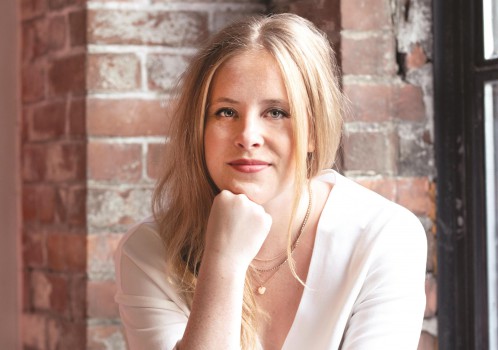 The 2019 cohort begins with Gearshift Films development manager Falle, whose sharp instincts have made her an invaluable asset as the prodco expands into TV.

With the Canadian industry in flux, eyes are fixed more than ever on the next generation of filmmakers, producers and executives set to shape the future of domestic film and TV.

Each year Playback asks the Canadian film and TV industry to nominate the rising stars destined to make their mark in their respective fields. The five who rose to the top in 2019 include a scripted development prodigy; a visionary director with a flare for VR; a firecracker multi-hyphenate based in Manitoba; a producer who always thinks five steps ahead; and a YA specialist.

We’ll be rolling out profiles on this year’s recipients beginning today, so keep it locked on this space as we present the 5 to Watch for 2019, starting with Gearshift Films’ development manager Maddy Falle.

Maddy Falle knew from an early age that producing was in her future.

The development manager at Gearshift Films in Toronto got her start in the industry at 11 years old, landing small acting roles in series such as Life with Derek and Murdoch Mysteries. As her career continued she was drawn to the idea of becoming a producer. “It seemed to fit with my personality,” she told Playback, saying she was much more comfortable with the idea of keeping a production running behind-the-scenes than she was in taking centre stage. “I grew uncomfortable with the attention that came with being on screen.”

Her strength as a producer lies in her ability to make quick decisions, strategize financing and, most importantly, find projects she’s passionate about, says Gearshift co-president Jordan Barker.

Her excitement “brings me up a level,” he says. “When you work with her, you’ve got to bring your A game to be in the sandbox.”

Barker says he and fellow co-president Borga Dorter were immediately impressed with Falle during the interview for her then-role as development coordinator, saying she had a level of knowledge they didn’t expect of someone with only a few years of experience. Dorter says they were particularly pleased with her balance of creative and business affairs know-how.

Gearshift was only her second industry job out of Ryerson University after graduating in 2015. Before then, she had worked in business affairs at Complete Post, a film industry auditing and tax filing service, which she says helped her understand the business, observing from the ground floor how producers set up projects, financing and broadcast deals.

Falle attracted attention for her business savvy even back in her Ryerson days. She was a winner of the school’s Norman Jewison award for producing and, since then, was awarded the 2017 CBC Business of Broadcasting Mentorship by Women in Film and Television Toronto.

It’s that keen eye for detail that helped Falle launch her first-ever digital series, Gay Mean Girls. Originally created at Ryerson as a short film with peers Heyishi Zhang and Hayley Wong, the queer dramedy achieved viral success, thanks to its unique perspective – a strong lead character who comes both from the LGBTQ and Asian communities.

Falle never forgot the potential of the short, even after the creative team had moved on following a failed attempt to land webseries funding for it in 2016. She saw another opportunity in 2018 with the rebrand of Telefilm’s Talent to Watch program (formerly its Micro-Budget Production Program), which opened the door to landing additional coin from the Bell Fund.

Gay Mean Girls had its debut on YouTube on June 21 of this year, including a premiere event through TIFF. While the creative team is still coming down from the goliath effort required to produce season one, Falle says she’s already thinking of ways to create season two, and perhaps a larger format beyond that.

Which is nothing new. Barker says Falle is always “five steps ahead in terms of her thought-process” when it comes to pitching projects for production or development. When she comes along with an idea, they know she’s already considered how it fits with the company, the best way to package the project for broadcasters or distributors, and what the target audience is.

“[Barker and Dorter] give me the flexibility to explore different opportunities with Canadian writers and directors, and bring projects here that we can contribute to or help get off the ground,” says Falle.

Aside from producing Gay Mean Girls under Gearshift, Falle has served as associate producer on the prodco’s upcoming horror film Tainted, which is currently in post-production. She says she’ll have the opportunity to produce more film projects in the latter half of 2019, including a female-led thriller called Trust.

She’s also in the early stages of development on larger scale television projects (another first for Gearshift). The prodco currently has four television projects on their slate, including a comedy based on Capitol Hell, a book Falle optioned about women in American politics, as well as a serialized drama on white-collar crime. Gearshift is also developing an Ireland copro feature adaptation of Margaret Atwood’s All the Rage with Donald Sutherland attached.

“It’s rare to hire someone and have them contribute to your success in such a visible way, not just behind the scenes,” says Barker. “She is allowing growth in our company by the projects she’s chosen and by the connections she’s made.”

For her part, Falle’s current focus is to continue to build out Gearshift’s development and production slate. Looking ahead, her goal is to help build a sustainable prodco with “year-round employees and overhead” and to discover emerging talent to help them grow. “In my opinion, producers who have talent coming back to work with them over and over are the most successful,” she says. 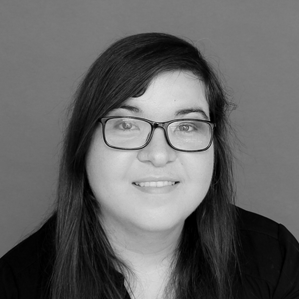 Kelly Townsend is news editor at Playback, with previous experience in B2B and entertainment journalism. Before joining the Playback team in 2018, she worked in the editorial, marketing and communication departments at B2B publisher Dovetail Communications. She has a bachelor's degree in English from York University and is a graduate of Humber College’s journalism program. Her byline has appeared in IndieWire and she spent several years covering Canadian TV as associate editor of The TV Junkies.