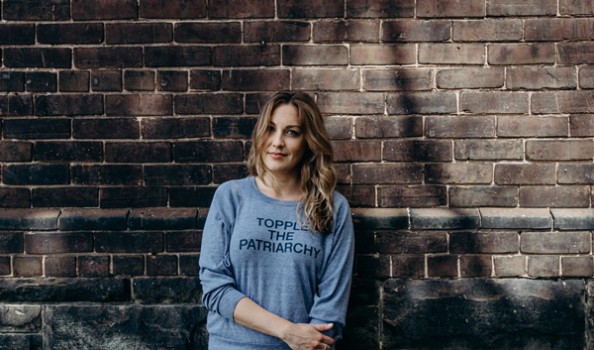 Deepa Mehta loves her. Lena Dunham praises her. And with her first feature Mary Goes Round just debuting at TIFF, the Toronto director is one to keep an eye on.

Our annual Five to Watch list features some names you may not have heard of…yet. Here’s how it works: each year, we put a call out for folks in the industry just on the cusp of hitting it big in their chosen field. We ask for relative newcomers, but recognize that some categories do take a bit longer to make a name for yourself than others.

Then, our editorial team whittles down the list from more than 300 nominees to the five names we’ll unveil this week. Check back all week to see who’s the NBT (that’s next big thing, of course), and don’t be surprised if a year from now, they’re too busy to return your call.

Molly McGlynn is drawing on her Irish roots to create a family drama that she hopes will turn into a Canadian-Irish film.

The 31-year-old Toronto-based writer/director was selected this year for the TIFF Studio writers program where she is developing a 1970s drama about a Belfast mother of five who is “disappeared” for supposedly being a British informant. But there’s more than a cultural link for delving into an Irish story. Montreal-born McGlynn – who also has an Irish passport – says she’s hoping to secure a coproduction.

“[I'm] strategically trying to broaden myself out to more of an international space,” she says – a goal that will be given a boost by a recent spate of directing gigs and her first feature premiere at TIFF.

Mary Goes Round, which debuted Sept. 9, tells the story of an alcoholic substance abuse counsellor who returns to her hometown and learns her estranged father has terminal cancer.

But up until this year, most of McGlynn’s work has been shorts.

Her first, I am Not a Weird Person, screened at festivals in Canada and after McGlynn cold-emailed the film to American comedian and author Sara Benincasa, it was forwarded to Girls creator and actor Lena Dunham.

Dunham called it a “special haunting little film” and an “Excellent use of 5 [sic] internet minutes,” in a tweet.

McGlynn’s 2013 film, Shoes, tracked the lifecycle of a pair of shoes and secured her a nomination for best short film at the Female Eye Film Festival. Her third short Given Your History, follows two daughters grieving the death of their mother and aired on CBC television’s Canadian Reflections, Air Canada’s En Route and SVOD and crowd-funding platform Seed&Spark as well as earning her the Corus Fearless Female Director Award.

But now, she’s moved past shorts. While the year is already stacked with projects (she recently directed Wendy Litner’s CBC web series, How to Buy a Baby, airing this fall, and is attached to direct the Toronto-based Babe Nation Creations’ feature film The Rest of Us, which hasn’t yet begun production), her first writer/director feature film launch at TIFF marks a turning point.

McGlynn, who studied film at Queen’s University and television writing and production at Humber College, developed the Mary Goes Round script at the Canadian Film Centre (CFC) after she was selected in 2015 for the Cineplex Entertainment Film Program Writers’ Lab. The CFC also recommended her project for the Telefilm Micro-Budget Program and McGlynn secured Wildling Pictures to produce it.

After its TIFF premiere, the team hopes for a theatrical release and the feature was recently picked up by New York-based sales agent The Film Sales Company, which is repping the film internationally.

The feature balances drama and humour in a way that is “mature beyond her years” with an “incredible script,” says Isabel Gomez-Moriana, formerly of the CFC and now eOne Television’s director of development.

“I saw it and loved it,” says auteur filmmaker Deepa Mehta, with whom McGlynn previously worked with as an executive assistant. McGlynn has a wealth of personal and professional experience and her ability to objectively view what she has been through in her life and use it as a filmmaker is a rare quality and one of her strengths, Mehta adds. She calls McGlynn a “terrific” writer and says she was drawn to the young film enthusiast’s energy, passion and humour when they first met.

“I follow her career and what she’s doing with real pride,” she says. “I feel like a mother.”