The 2011 Ten to Watch: Lindsay George

This Vancouver-based cinematographer is impressing many with her aesthetic sensibilities and keen eye.

The buzz: George may only be four years in to the world of cinematography, but she’s already made a big impression on the Canadian film scene. She studied film at UBC and started working professionally in 2007 with the debut of The Porcelain Man, a short directed by UBC classmate Mark Ratzlaff, which earned her a Leo for Best Cinematography in a Short Drama. Since then, she’s jumped from indie to indie, including the Ratzlaff-directed Voodoo starring Colm Feore, and a recent co-directing credit on short Run Dry. This year, she nabbed a Women in Film & Television Award for excellence in cinematography and two more Leo nominations.

What’s the secret to your success?
I worked for free a lot at the beginning, and that’s really been the reason I’ve gotten as far as I have — because people have seen my passion for it outside of the financial aspect of film. My advice would be to volunteer until people start to see you love what you do.

What’s one of the most challenging projects you’ve worked on?
Voodoo, the short I shot on Super 16mm black and white.  It was a challenging medium to shoot with and the project was set in the 1940s, which challenged me to look at the style of the films from back then and really analyze which of the techniques from that time period I wanted to bring into the piece.

Who inspires you?
It sounds so cliché, but Roger Deacon is a huge influence as a DP. Even though he does so many films he’s really good at pinpointing the specific styles of the films rather than just overlaying a certain style that he has onto any film. 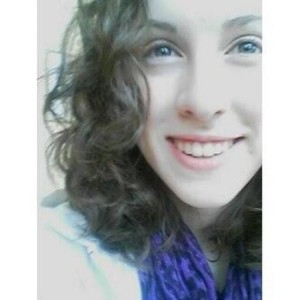